Stuck at the border

While I’m sitting in the airconditioned hall of the Iranian border Yuri walks towards the other side and finds himself in no man’s land. What seemed to be going so easily yesterday has been the longest border crossing ever. Mainly due to our own fault. Instead of applying for two visums we applied for one with me, Milene, as Yuri’s spouse. Can say a lot about that and I hope later we can laugh it off but at the moment I’m just angry.

Crossing borders should be so much easier.

Angry because I didn’t check the application. Angry because we applied one month ago and only got the refusal today – on the day we want to cross. Angry because these things always happen to us and we don’t learn anything. But then again, I can be angry only at myself. The customs are clear and if we did everything right we would’ve crossed into Pakistan by now. Which is a privilege we are well aware of. But still.

Crossing borders should be so much easier. It should be accessible to all and visums? Really? If it wasn’t for the barbed wire, the military with machine guns in high towers and the huge country flags waving proudly in the wind I wouldn’t even know Iran ended and Pakistan began here. There is no line drawn in the earth saying one persons belongs here and the other there. The only walls the earth knows are the mountains which are almost impossible to climb. The only borders nature has are that of wild rivers, deep seas and impenetrable forests. And they ask for courage not visums to cross them.

The police officers walking around here are kind and helpful yet they love their power. At Beluchi’s crossing the border they don’t show the kindness they show me. Instead their smile turns into a serious face and their gentle voice into a strong somewhat screaming one. The military officer who waved at us, telling our van looks great, is now showing off how to use his Ak 47. Safety off, pointing in the far distance and checking out if we’re looking at him. I’m not, not really. I think he is pathetic. Any man with a gun is pathetic.

The idea that we need guns to kill, to protect, to show power is in my eyes as ridiculous as these made up borders. I understand very well in what kind of world we live and sometimes I wished I had a gun with me (to protect of course). But if none of us had guns wouldn’t a fight be more equal? Israeli and Turkish drones show up above Armenian soldiers who can’t do anything about it but hide and wait for it to hit. Russian warplanes drop bombs on Syrian villages because of a war they don’t want. Black people are killed by police officers because black people look scary and police officers have guns. Children walk into schools, malls and where not killing tens of people because they have mental health issues.

I got a gun to my head once and I will never forget that moment. I wasn’t scared, wasn’t even trembling. But I was shocked. The boy in front of me was younger and smaller than me. I could pick a fight with him and might be able to win. But this gun, this dangerous piece of metal between us, changes my possibilities dramatically. It makes me the definite loser of an unequal fight. I’m on the wrong side of it and can’t win a fight like this. De boeren in South Africa know. They killed thousands of Zulu and are proud of it. “We were outnumbered with 2.000 people” they told me. But it was the boeren who had the guns and the Zulus who had but courage. With courage you win over a heart but not a war. Bloedrivier was the outcome, a river normally as orange as the ground now turned red of Zulu blood. Proud of killing people. It’s foreign to me and hopefully will always be. 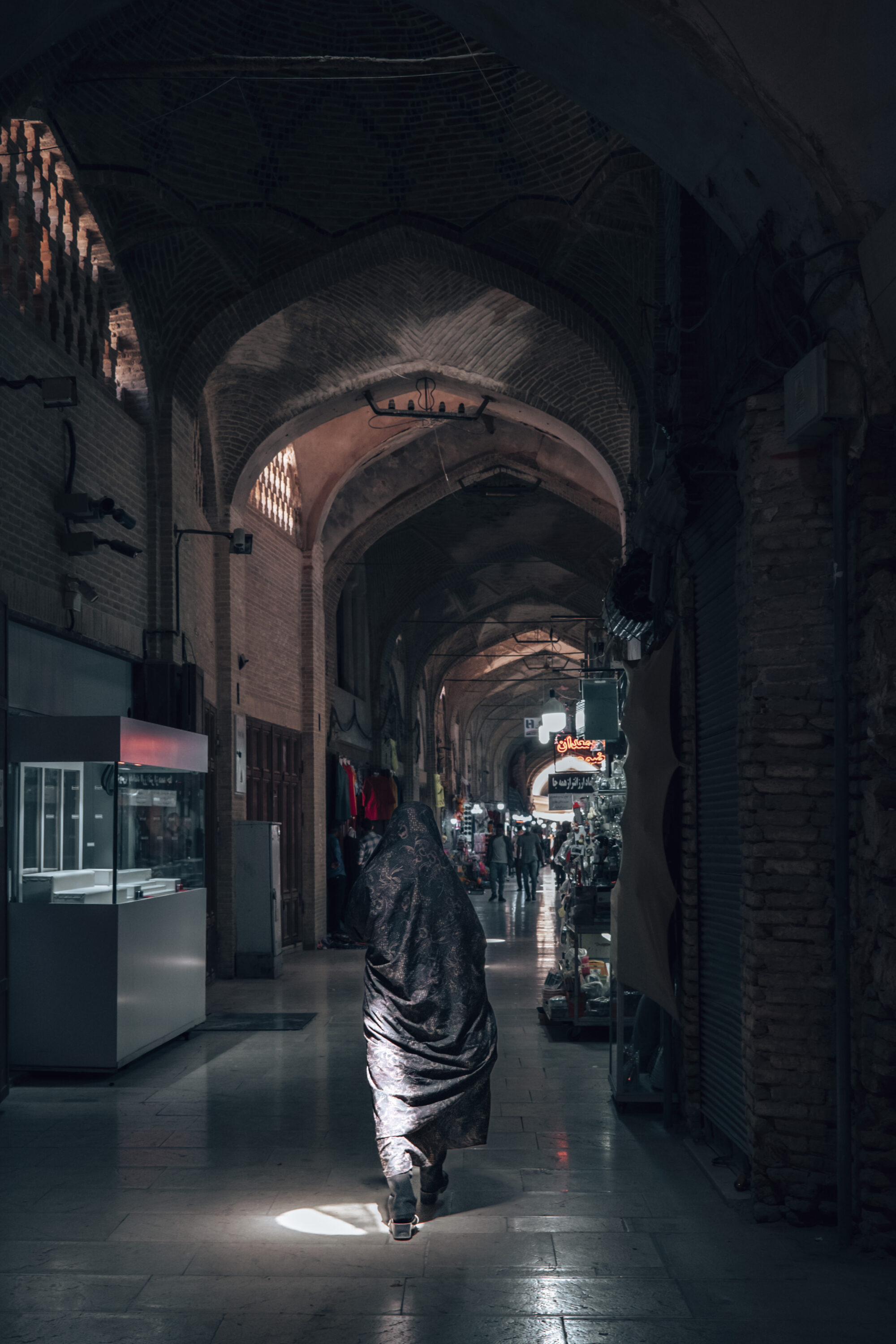 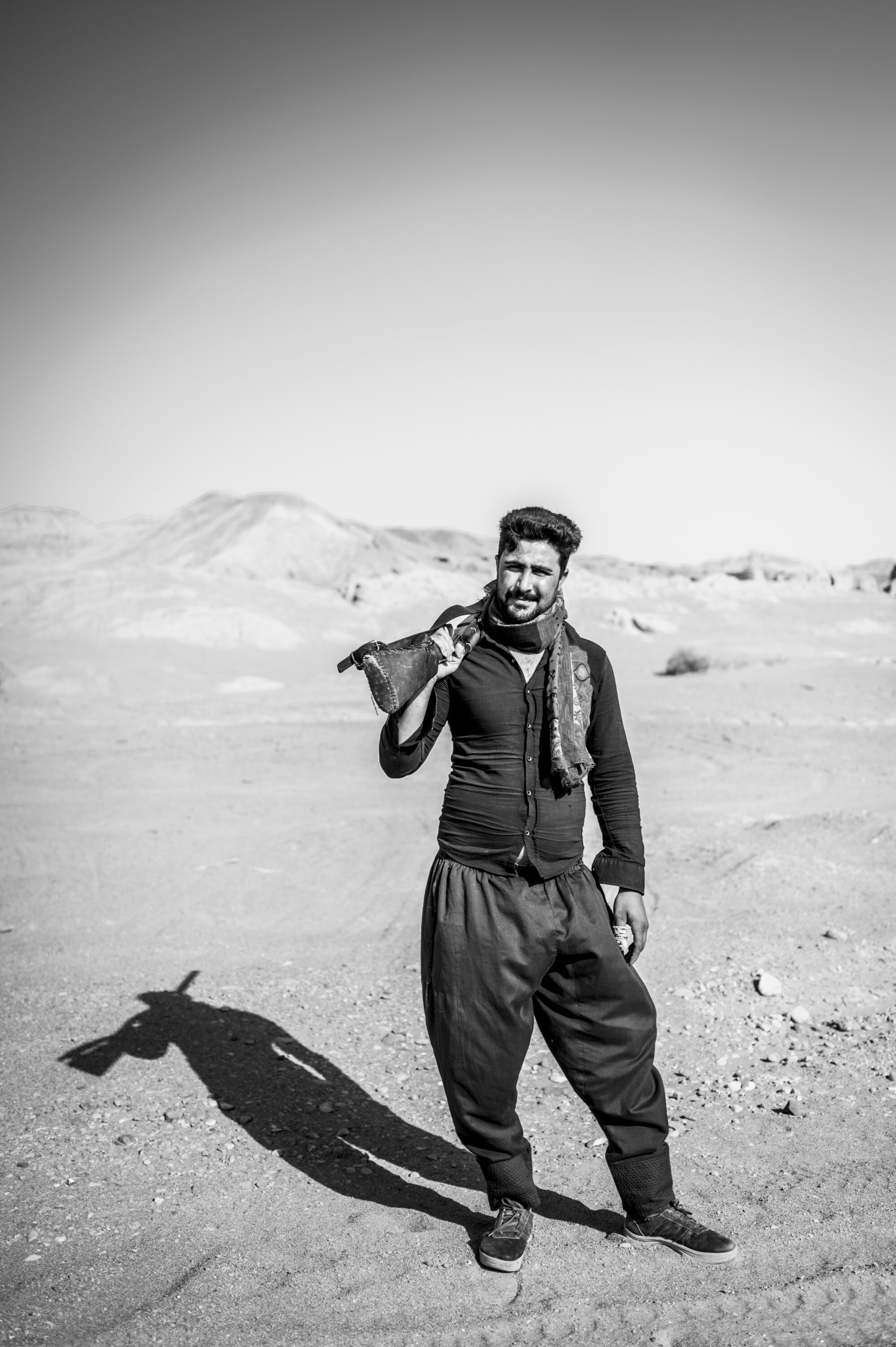 We have two options

But back to the border of Iran/Pakistan. So, while I was sitting in the coolness of the building Yuri heard that our visa got declined and we have to apply again. Within two hours you’ll have a reply from us, the man on the phone explained to Yuri. Or, we go back to Zahedan (45 minutes drive), arrange our visum at the consulate and try again. So, I situated myself contemplating about gun violence and abuse while Yuri is applying for our visa again. Let’s hope it works this time. In the meantime I’m checking out life at the border.

A lot is being renovated here. Trucks come and go although from Pakistan to Iran it’s busy. From Iran to Pakistan only a few trucks make it through. No idea why because yesterday afternoon it was insanely busy. Workers are walking around, passengers on foot make their way through the terminal with their homes stuck inside heavy suitcases. It’s 35 degrees but feels like 45 due to the high humidity. Not a great place to carry your home on your shoulder. Or to run. Some people are actually running around. Men dresses in wide trousers with wide hemd over it. It looks comfy but still too hot to run. The only thing that distinguishes the men from one another is the colour of their eyes and clothes. Brown, blue, black, grey, white. Like happy colours are banned from the wardrobe of men. And while the women dress in the most colourful clothes I’ve seen in a while they cover it up with full black hijabs. The colour of their pants only be seen around their ankles. A pity because these dresses scream to be shown. As do the hair of the women but that’s another story I guess. I’m wearing my hijab in a somewhat African way. Up! Which means the hot wind can touch my neck and cool me down through the sweat that’s dripping everywhere. Even without doing anything we sweat. And without having had a shower for days you can imagine how we feel. But hey, who cares right? Nature smells. 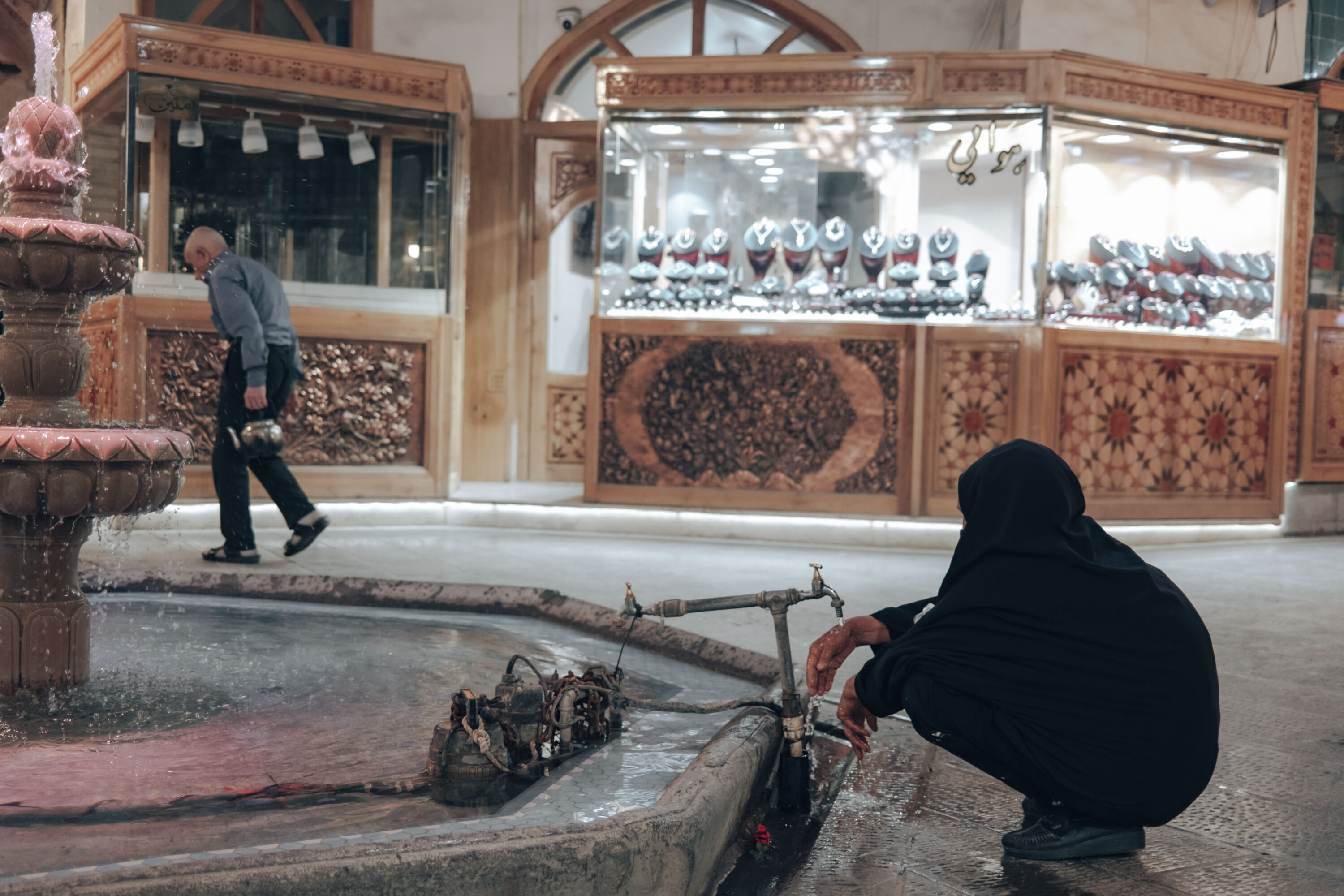 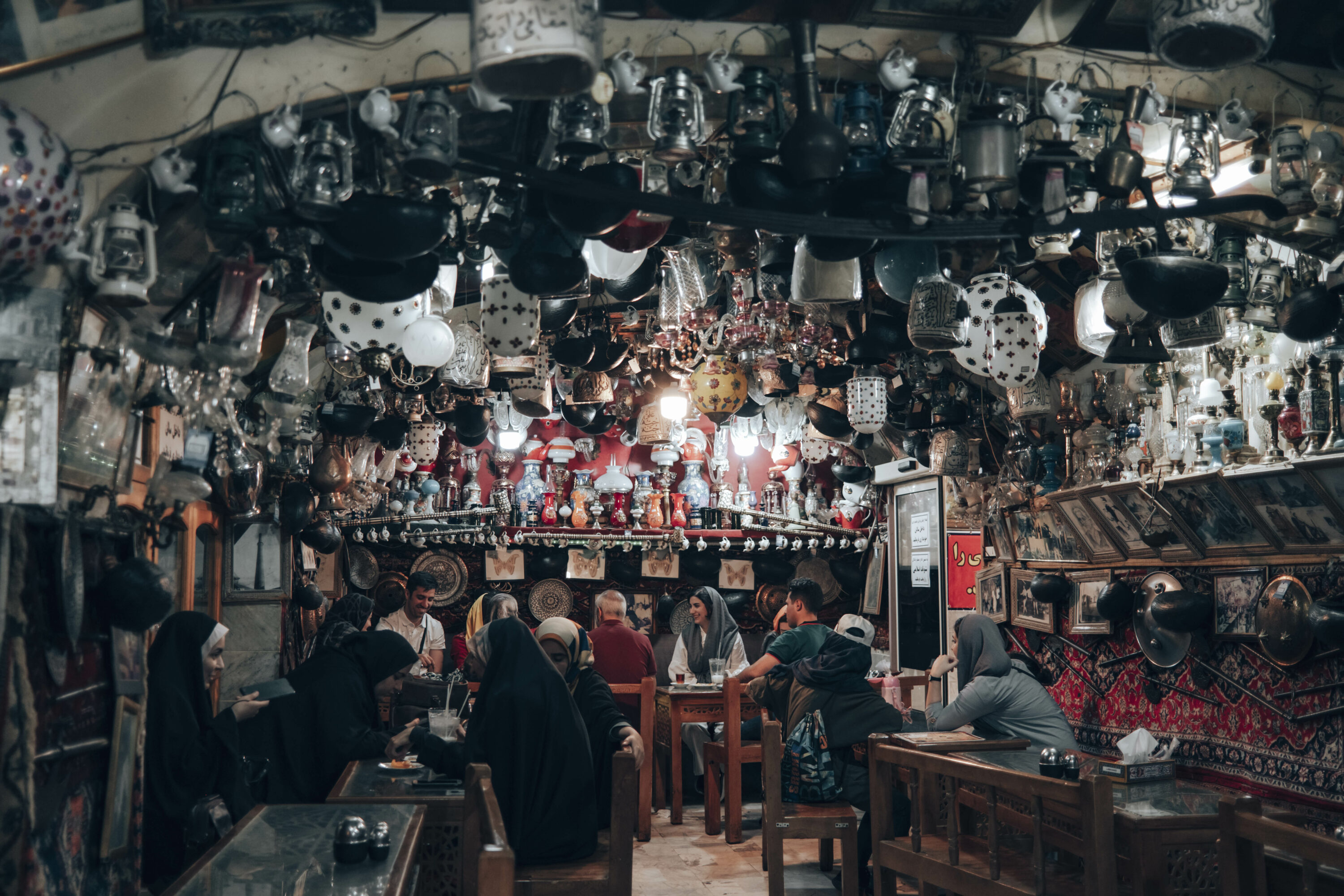 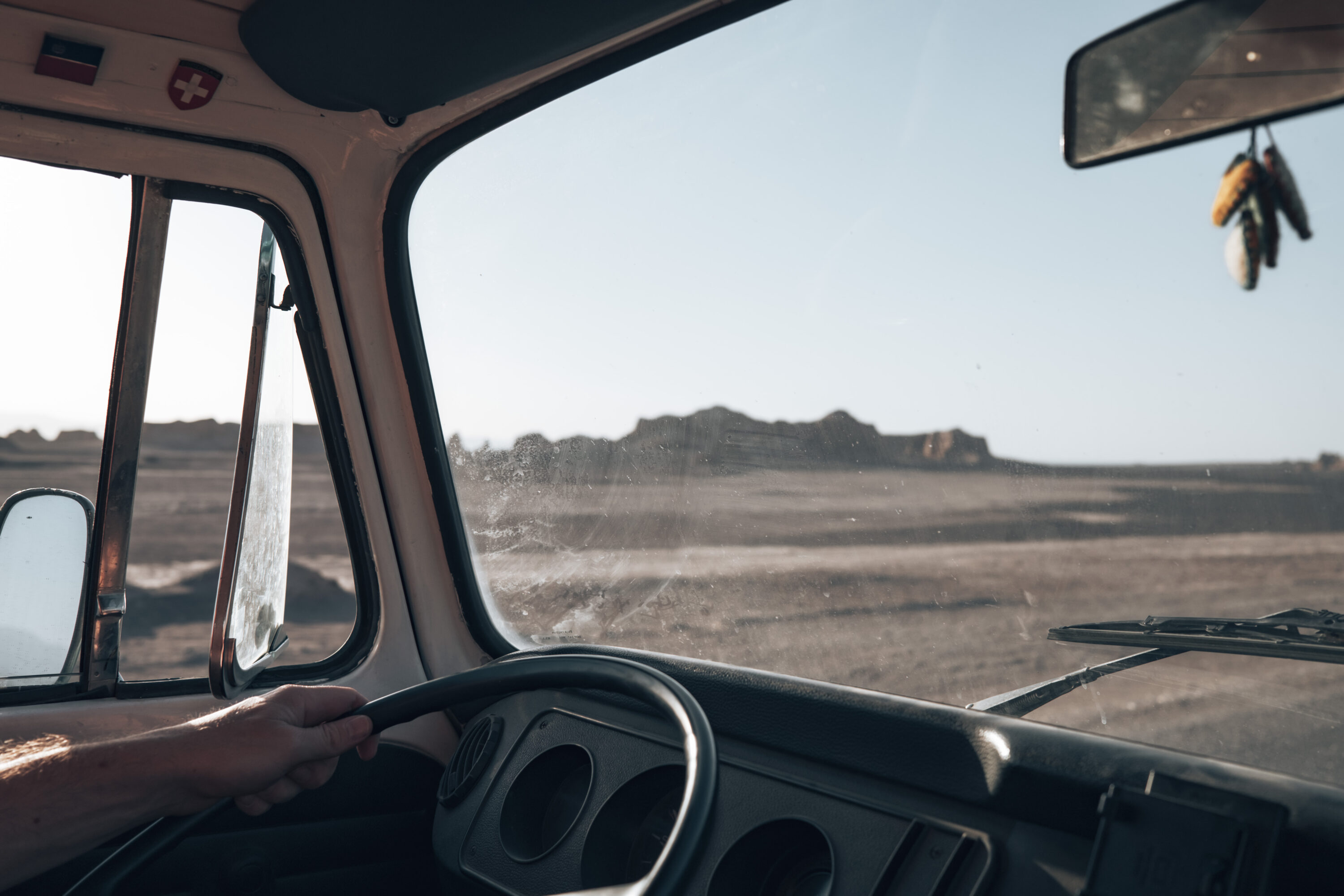 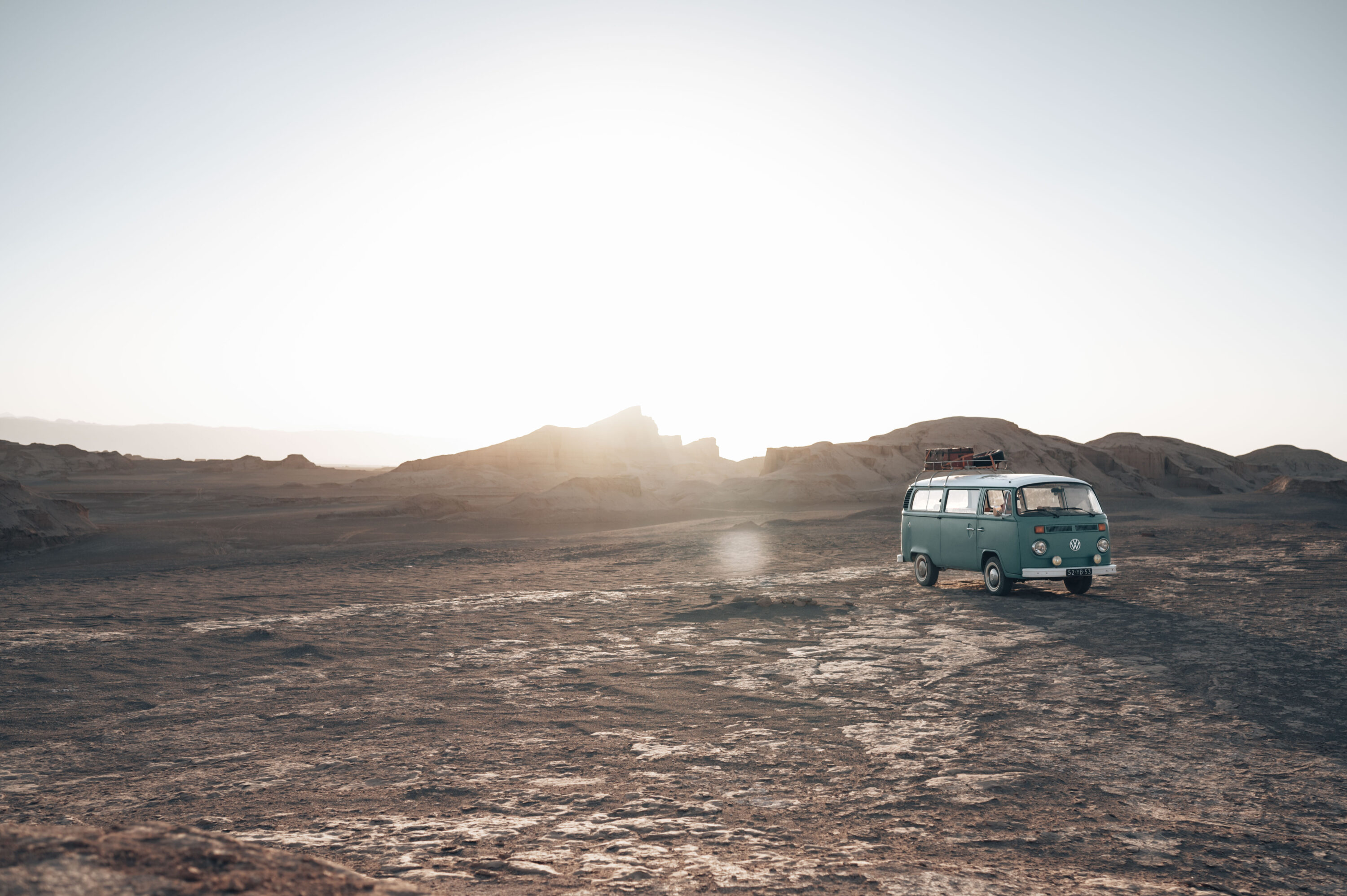 The privilege of whining about crossing borders

Not here btw. This place is concrete. Smells are mainly of the new placed tarmac, the waste everywhere and the dogs who run around like a pack of wolves. They even howl at night. Oh the night here was insane. So hot that after 5 minutes we felt like sleeping in a water bed. We had to get out of the van every 40 minutes to cool down. Opened up whatever could be open. But of course because we are in an Islamic country I had to either cover myself or we had to cover the van. So we covered the van because after suffering one heatstroke I’m not desiring another. It was a tough night. Hot and noisy. And for what? Because we can’t enter Pakistan today either. This is definitely our hottest and longest border crossing every. But again, entirely our own fault.

And now we have to deal with the consequences; stress, heat, waiting, patience. Besides all that we are still not in good shape. I haven’t eaten anything yet and even the amount of water I drink is not nearly enough but it’s all I can manage right now. Feeling a bit faint and without energy is making this all a tad more difficult. But we’ll get there. We are from The Netherlands travelling in a 45 year old Volkswagen van so everyone is kind and happy. And that’s a privilege only a few are able to experience. So yeah, I’m whining about things I shouldn’t be whining about actually. Especially because I know so many people with horrible border crossing stories.

From running from shooting Turkish border patrol to being beaten by Croatian police officers. From tossing babies over a wired fence to almost drowning while a boat collapsed on the Mediterranean Sea. All people who sought safety elsewhere because their home became uninhabited. I’m just a traveller, no need to cross borders but pure out of free will and fun. But the way I look, the country I’m born, the emblem on my passport open gates to me that stay closed for those who really need to cross. And while I’m stuck in limbo on a border where everyone is kind to me and I’m sure I’ll be leaving behind me within days, they are stuck in limbo for months, years even. So what am I complaining about right?

More and more Pakistani travellers with beautiful coloured clothes (the women – without hijab) are entering the passenger terminal. It makes me wonder more and more about the country that lies in front of me. Of which for now I can only see the flag and the gate that keeps us out. Inshallah it opens up soon, for us the way into another world. One without obliged hijab but with a police escort of 2 days. Another adventure we can’t wait to head into.

We’ll enter there were our insurance doesn’t work anymore, where our government says one really shouldn’t go and that same government won’t help us if anything happens. Not our first time, and probably not our last. Life is full of dangers, sometimes it’s crossing a part of land owned by a violent tribe, other times it’s across the street from the home you grew up in. Danger is everywhere and it makes life a lot more excited. Just like death. Without it, life would just be a loop of the same things everyday. Without death there wouldn’t be life, like there wouldn’t be happiness without sadness and no peace without war. Is that why we have guns? So we can have peace as well? Food for thought.

See you on the other side, hopefully. 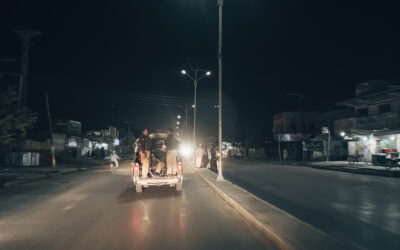 Finally we arrived in Quetta, but the police operation didn’t stop. Getting money from the ATM, getting a SIMcard, even doing groceries we do accompanied by the police. 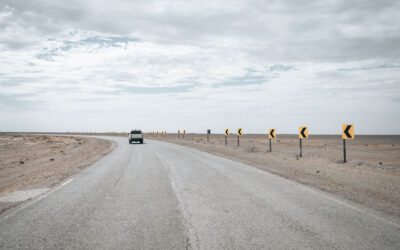 The escort from Taftan to Quetta, Pakistan.

Blogs say it would take two or three days. Our levies had another plan. 635km’s in escorte, welcome to Pakistan. 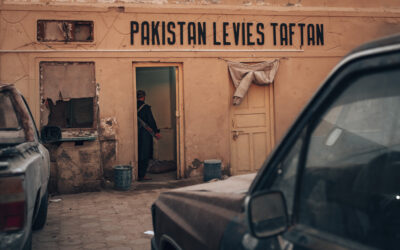 The crossing from Iran into Pakistan

I’m sitting in Alexine while I feel someone stares at me. It’s the Afghan man who has been imprisoned for no reason clear to me and I dare not to ask.