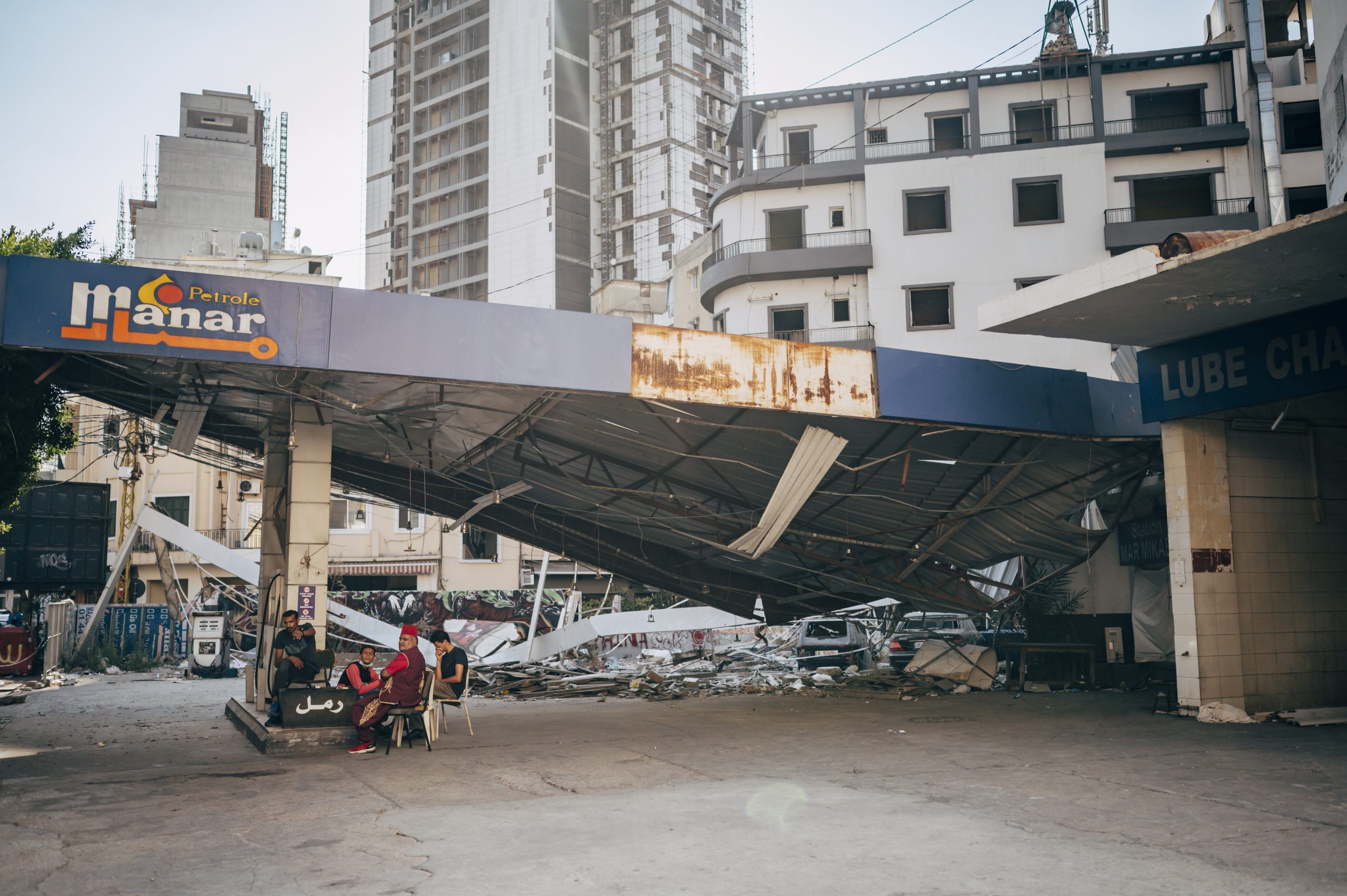 A week in Lebanon

So much happened in one week that we don’t know what to write. A summery wouldn’t do this week justice but an in dept journal would stop you from reading. So, we’ll try to share our week with you as a combination of photos and text.

Let’s start at the beginning, but not the very beginning cause who cares about a flight right? Ok except for the pilots and all who work in and around a plane and airport. But for us it’s the most boring and less loved thing about travelling. So we skip that.

We only knew about Beirut from the crisis it has experienced in the past. A civil war dividing not only the city and its people but also the religions which before lived peacefully together. Then there was the Beirut blast last year, destroying many buildings and killing many people in downtown Beirut. And the people that survived are now suffering from guilt and other psychological traumas. We know about the poverty in the city, Hezbollah being very present and the good food. Cause we always believe there is more good than bad.

So we make our way through the somewhat chaotic streets of Beirut in search of food, what else!? And food we find. We honestly don’t get why they don’t have bigger tables in restaurants here. All the meze we order hardly fit. We attack our food like a hungry lion does it’s prey. The meze is incredible, we try as much as we can as if we didn’t eat anything the past months. From hummus to baba ghanous and from muhamarra to kebbeh.

Why are we writing instead of showing you this? Because we often devoured the food before a photo could be taken. Sorry, not so sorry, for that.

Lebanon is in yet another crisis at the moment. Ever since the blast and civil war it doesn’t have a government, but it does have a shortage of … everything? There is no fuel, no medicine, no electricity, no money. People get fired, wait for 10 hours in front of gas stations and if you’re ill your waiting for a miracle. As we are here to work we went to a medical clinic to drop medicines and have a talk with the director. He tells us about the political situation in the country, about the government providing for only 4 hours of electricity a day and the challenges he faces. They are giving medical care for free to people who can’t afford to go to a doctor. They are not a hospital so no surgeries are done here but they do provide some dental care, a gynaecologist  and many more things we can write down but it’s just a list of the many things they do.

So, after we get a tour through the building, meet some people and take some photos we are on the streets of Bourj Hammoud. This is the Armenian district of the city. Lots of Armenians live in Lebanon and this area is filled with them. You find Armenian food, gold and flags here. The Armenian language is written on walls as is “genocide graffiti”. From ‘Stop Azeri Violence’ to ‘Turkey is guilty of genocide’. It’s a nice hectic and a bit chaotic area of Beirut. While looking up one has difficulty of seeing the sky through all the electricity cables. It’s a bit ironic, all those cables reminding you of the electricity you do not have.

We talk to people on the street who cannot work due to the economic crisis. The hyperinflation made everything ten times as expensive, the only thing that didn’t increase are the salaries. People now pay 10 times what they used to for diesel, bread and a taxi ride. However, their salary has stayed the same. Thus many people end up not being able to pay for the basics: home, food, health.

2019 – civil war, 2020 – Beirut Blast, 2021 – hyperinflation. Every year another crisis. Maybe that’s why the people are so resilient. They lived through many wars to be able to overcome this as well.

After a couple of days working we decided to head out of Beirut to Byblos. Byblos is one of the oldest cities of the world and the word ‘bible’ deprives from Byblos. It normally takes 30 minutes from Beirut but now with the crisis – thus traffic jams at gasstation that have diesel – it takes about 1 hour and 15 minutes. But we make it and happily so because the town is pretty!

So there’s an ancient sight with lots of beautiful ruins, a souk with mostly souvenirs for the few tourists that roam the streets and lots of cute cafes and restaurants.

Time to go to Beqaa Valley

We are going to Beqaa valley for several reasons.

One – it’s beautiful! We visit the most beautiful ancient city we’ve ever seen: Baalbek. Its temple of wine is still standing and part of the temple of Jupiter as well.

Two – Anjar, an almost completely Armenian village, celebrates its beating of the Turks in 1915. So, that’s the genocide Turkey – and many other countries – do not want to talk about. Millions of Armenians were killed in death camps or during the death marches through the desert to Syria. In Musa dagi some villages gave some resistance. They were able to fight the Turks for 40 days until a French warship came to their rescue. Most of the descendants of these heroes live in Anjar today. Thus yearly they celebrate this heroic act.

Three – because Milene has to work for an NGO working in the refugee camps here. There are about 1.5 million Syrian refugees in Lebanon. Most live in houses but there is still a big group living in tents scattered through the area. 60% of the children do not go to school and there is not enough money to go to a doctor. So Milene followed a medical NGO for a day, to see their work first hand.

We also visited two Syrian families Milene got into contact with. One living in a previously abandoned building. While we were sipping our mint tea the police entered ordering the people to get out within a week. He took a photo of our passports but didn’t dare to put the family on the street while we were there. 8 kids, 3 adults without a proper job. Where should they go?

The other family finally found a house of a good Lebanese man. He is living in Turkey for a year and told them they could stay in his house for free during the year. The father has a heart disease and can’t work. The oldest son is 22 and tries to work by installing air conditioners. Payment isn’t good but it’s better than nothing. As a present the family gave us the holy Quran. There is no higher gift from a Muslim than this. We will cherish their holy book.

Long story short: it was an amazing week!

Want to know more about Lebanon? Let us know in the comments below.